Speech Therapy Clinic to Ask Dallas Mayor and City Council to Sign Pledge to ‘Be a Star, Not a Bully’ at Council Meeting

(DALLAS, October 9, 2015) – As part of National Bullying Prevention Month, which runs through October, Dallas Reading and Language Services has initiated a program called “Be a Star, Not a Bully.” At the open mic session at the beginning of the October 14, 2015 Dallas City Council meeting, the speech therapy clinic will present pledge cards to the mayor and each council member and ask them to sign and commit to prevent bullying.

In their “Be a Star, Not a Bully” campaign, the speech-language pathologists at Dallas Reading and Language Services first talk to the children in each session about bullying – what it is, how to recognize it, and what they can do about it – and then ask them to sign a pledge card promising to stand against bullying. By signing the card, the child earns the right to put his or her name on a cut-out of a star, which the therapist then pins to a large poster in their waiting room.

“By signing a similar pledge card, the mayor and City Council members of Dallas will be setting a positive example for children and helping to empower the many children who suffer the ill effects of bullying every day in our community,” said Stephen Betzen, office manager of Dallas Reading and Language Services. “As a pediatric speech therapy clinic, our therapists have seen plenty of children who have been targeted by bullies because of their special needs. We know firsthand how devastating to young lives it can be.”

National Bullying Prevention Month was initiated in 2006 by the Parents Advocacy Coalition for Educational Rights (PACER). Students, schools, and communities across the world now unite together against bullying every October to raise awareness and encourage people to take action.

The Centers for Disease Control and Prevention (CDC) reports that, during the 2012-2013 school year, about 22 percent of students ages 12–18 reported being bullied at school during the school year. The CDC defines bullying as any unwanted aggressive behavior(s) by another youth or group of youths who are not siblings or current dating partners that involves an observed or perceived power imbalance and is repeated multiple times or is highly likely to be repeated.

Dallas Reading and Language Services is a private pediatric speech therapy clinic located in the Winnetka Place building in the North Oak Cliff area of Dallas.

Dallas Reading and Language Services is a provider of speech-language therapy and reading services to the Dallas community, employing licensed Speech-Language Pathologists and SLP Assistants. 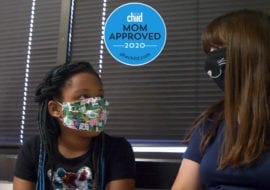 Congratulations to McKenna Jackson this year for winning the DFWChild 2020 Mom Approved Wellness Professionals award! We … 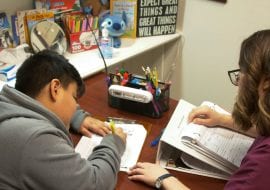 The Downlow on Dyslexia

What is dyslexia? According to the International Dyslexia Association, dyslexia is a specific learning disability that is … 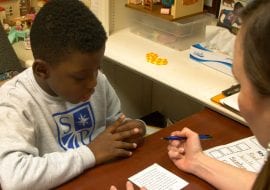 Sight Words and the 4 Alphabetical Phases

Sight words have been used to help young learners begin reading simple words. It is an easy yet effective form of helping …

American Academy of Private Practice in Speech Pathology and Audiology

Before our first session, kindly take some time to print and fill out the intake forms.